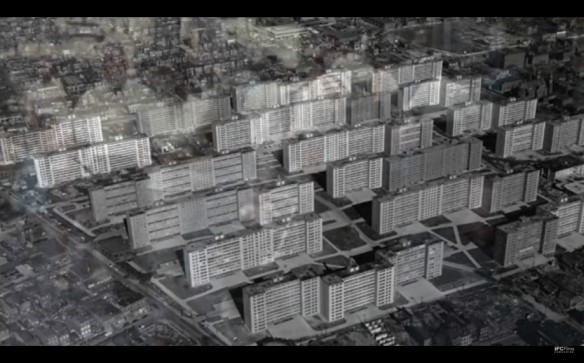 How long has “silo” been used as a verb? Someone will have to school me about that. I’ve been hearing the word more and more in the conversations, written and spoken, of smart people talking about things important to me. Silo may be one of those fashionable usages that gets annoying rather quickly. But as for now, I’m not complaining. I’m just curious how far I am behind the curve.

A practical need bears on usage, surely. Silo must evoke an image people find useful these days: that of institutions, groups, persons, and bodies of information organized into separate containers (“silo-ed”) for isolation and protection. The connotation is negative, like that of “echo chamber,” which refers to the ping-ponging of information within silos. (Once one starts speaking figuratively, the mixing of metaphors becomes hard to avoid.) Open exchange and interdisciplinarity are preferred. Not to silo is preferred. The impulse is holistic.

Because the usage is new to me, the effect is particularly visual. People say silo, I see silos in my head. I grew up in the Midwest; that’s expected. Last night I went to the Texas Theater to see a new documentary and to hear the panel discussion that followed. The panelists used the word silo three or four times. I heard the word, but I was no longer seeing silos. Now I was seeing rows of the high-rise, low-income apartment projects of 1950s- and 60s-era urban renewal. 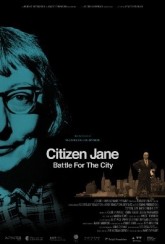 That’s easy to explain – it was a Jane Jacobs documentary called Citizen Jane: Battle for the City. The film revolves around Jacobs’ battle against Robert Moses, the powerful city planner, and her victories in saving Washington Square in particular and lower Manhattan generally from having expressways run through them. This had happened in poor neighborhoods in Manhattan and the boroughs. Dual perceptions–one, that poor neighborhoods were like cancers on the city, and two, that the city needed to adapt to the postwar automobile culture–were combined to create a policy of destroying poor neighborhoods, replacing them with freeways, and relocating displaced people into the quickly and cheaply made high-rises. This approach fulfilled the fantasies of Le Corbusier-influenced modernists who wished to create the rationally designed cities of the future, and it made developers and city insiders a lot of fast money. But the freeways separated particular sections from the more vibrant and economically viable parts of the city, and the people were siloed into soulless monstrosities–isolated from the rest of the city and, as one inhabitant put it, “left to die.”

The thinking that supported Jacobs’ dissent, which she articulated in her classic The Death and Life of Great American Cities, was based on a natural history approach to understanding city life. The real city were not the buildings and streets, Jacobs observed, but what inhabited the space they created. Within that space were the interactions of people and their habits of relationship established organically over time. From above, the real city might look messy and chaotic, as Paris did to Le Corbusier as he flew over it in an airplane. But there was an underlying order, a living fabric of interdependencies—an urban ecology. It must be noted that Jacob’s book came out a year before Rachel Carson’s Silent Spring and speaks as soundly as Carson’s book did to an ecological consciousness. I say this because of Jacobs’ insistence that the order underlying the city’s seeming chaos was not ultimately graspable by the human mind. Although change was inevitable and ongoing, it could never be wholly managed. But the fabric of interdependencies and the spaces they inhabited required the kind of respect and protection that we reserve for sacred things. Bottom-up responses were more trustworthy than the top-down approach of the modernist designers who dreamed of mastering and controlling urban space.

Much of the inner-city deterioration and the shortage of low-income housing today is the result of the spectacular failures of modernist urban renewal. Nevertheless, the approach continues to appeal. A case in point is the long-running conflict here in Dallas over how to make use of the Trinity River floodway. Central Dallas lacks green space, and Dallasites have long seen the floodway as the potential location of some vast, useable park. Ongoing efforts to realize that goal have meant battling the same components Jacobs faced: freeway bills packaged in top-down, self-gratifying modernist abstractions. The only way we can afford a park is if we run a six-lane tollway through it. More recent plans bear the influence of thinking sympathetic to Jacobs’ observations, and yet tomorrowland excess and the inclusion of a toll road have been difficult to peel away.

Those who attended the panel at the Texas Theater surely had these matters in mind. In honor of Jacobs and of the role of women in the history of both environmentalism and environmental justice, the panel consisted entirely of women, all of them serving in prominent positions and involved in city planning and the advocacy of sustainable urban design. It was good to see this representation of city players, but their positions of power curtailed somewhat the possibility of the kind of fireworks that typified Jacobs’s activism. All were careful not to say anything impolitic; all were careful to remain upbeat. The endnote was predictable: the citizens of Dallas needed to be more engaged and to let their voices be heard. 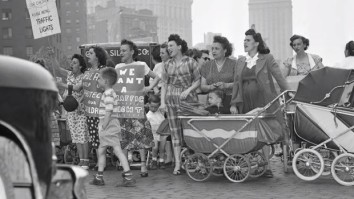 It occurred to me that the very thing that Jacobs and her co-activists were protecting was the very thing that facilitated their success: a unifying urban space. This space brought together the lives of its inhabitants into one fabric. They were, in other words, protecting relationships that were already woven into their lives, and these relationships facilitated resistance against its destruction. Those of us, in contrast, who prefer a more Jacobs-like, organic model, are endeavoring to create space and interrelations that do not presently exist. Neither, in turn, do the space and interrelations exist for the kind of civic engagement that the panelists predictably encouraged. This is a significant disadvantage.

Yes, we have tools Jacobs didn’t have. A lot of hope has been placed in the internet to facilitate political organization. The Oak Cliff chapter of Indivisible, for instance, might email me today about a call-to-action, a gathering at the airport or in front of Ted Cruz’s Dallas office. An email might come today to remind me of a monthly meeting where we’ll earn a certification to register voters. Our chapter meetings are held at the Oak Cliff Unitarian Universalist Church, and I’m grateful that the church provides us this space. But that church isn’t in my neighborhood. It’s a good deal further south, along a road with few lights and no sidewalks, in a much more suburban setting. I have to drive there, find a parking place; getting there and back adds the better part of an hour to the time I have to devote to civic engagement–an hour spent siloed, one might say, in my car.

My point is to take seriously the disadvantage we’re under, in comparison to Jacobs and her co-activists in the village. They operated within a frame of order that reinforced an order already in place. We operate within a frame of order that reinforces the opposite of what we wish to achieve. Jacobs fought against the siloing effect of urban renewal. We’re trying to find a way out of the silos that have contained us for a very long time.